I have never had to use a lawyer in my life. But when I did, I found Michael
Anzalone. WOW! He got the problem sorted and I was always able to talk to him
via text or call. NOT an answer service. I would give a max rating for Michael.”
- Gary
Contact us for a Free Consultation
Home
Articles
Former Youth Baseball Coach Tried on Multiple Charges Involving the Molestation of Children 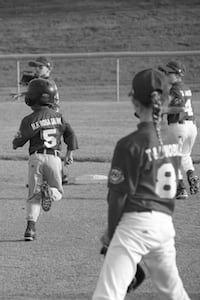 CONCORD, N. H. _ For parents, there may be nothing worse that realizing their child has been sexually molested by someone they’d trusted _ like a teacher or a coach.

That’s the scene that’s played out in Concord recently as a former youth baseball coach is being tried on multiple charges involving the molestation of children. For those who knew the 60-year-old coach, it’s been a nightmare.

According to court records, Robert Joubert was recently sentenced to 40 years in prison. He was found guilty following a trial in November on federal counts of possessing child pornography and sexually exploiting a boy from Hillsboro. Jurors found Joubert guilty on all counts. He was sentenced last month.

Anyone facing charges involving sexual exploitation of children should speak to a criminal attorney in New Hampshire. The charges are serious and expert help is necessary in making decisions about whether to plead guilty or go to trial.

Joubert returned to Merrimack County Superior Court in early March to face trial in the second case involving young children. The state alleges that Joubert sexually assaulted a boy between 2000 and 2004, while he was living with the boy and his mother. Court records also show that Joubert was also the boy’s baseball coach during that time.

In court, Assistant County Attorney Kristen Varanian said that the relationship between the child and Joubert was seemingly innocent at first. She told the jury that Joubert’s friendship with the boy turned quickly into an “unhealthy obsession.”

In explaining the charges against the former baseball coach, the prosecutor said he rewarded the boy and often told him that it was ok “for guys to do this.”

Defense attorneys have told the jury that the tape doesn’t serve as proof that Joubert was the man being filmed. It is essential for a defendant to seek the services of a highly qualified New Hampshire criminal lawyer.

According to court records, the defense attorney told jurors that the state had gone as far as taking photos of Joubert’s genitals to have an expert witness compare them to the video in hopes of proving the suspect was indeed the person the child was performing sexual favors on. The witness could not determine the picture matched the video.

Another thing in Joubert’s favor, officials said, is the fact that the victim _ who was a child when the alleged abuse took place and is now in his 20s _ has given several different accounts of what happened to police and attorneys.

Since Joubert has already been convicted on federal charges, many wonder why seek an additional conviction on state charges. The reason, officials say, is in case he wins an appeal on the federal case. He would then be held on the state sentence.

As it is, Judge Joseph Laplante said during Joubert’s sentencing hearing that he wants to make sure the former coach is “never around young boys again.” The 40-year sentence is less than the 45 years prosecutors sought, but the judge said the sentence would ensure that Joubert never leaves prison.

During the federal trial, Joubert had his share of supporters in the courtroom. Records show that the parents of another boy he coached said he’d done very good things for their son. The father of the young man he’s accused of sexually abusing, responded that Joubert is “no coach, never was.” He said Joubert is a “predator.”

If you are facing serious criminal charges, please consult with a criminal attorney from New Hampshire.