I have never had to use a lawyer in my life. But when I did, I found Michael
Anzalone. WOW! He got the problem sorted and I was always able to talk to him
via text or call. NOT an answer service. I would give a max rating for Michael.”
- Gary
Contact us for a Free Consultation
Home
Articles
Administrator at Pre-School Stole From Parents' Accounts 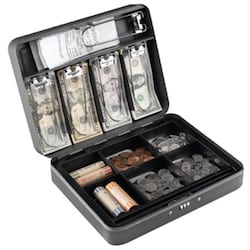 CONCORD _ Parents of children enrolled in a Concord preschool are reeling after finding out an administrator at the school stole from their accounts. This is one of several high-profile embezzlement cases that have recently rocked the community.

Court records reveal Jennifer Hawkins, 41, was arrested in February. She’s accused of stealing $4,600 from the East Concord Cooperative Preschool between 2008 and 2011. At the time, according to the Concord Monitor, Hawkins was working as a parent volunteer at the preschool.

The daycare case came to light last month. Concord police Lt. Timothy O’Malley told the newspaper that Hawkins turned herself in on Feb. 19. She was released on a $10,000 personal recognizance bond.

The school’s director, Michelle Clarner, said a bookkeeper discovered the doctored records last summer. According to criminal complaints, Hawkins used the money to make 19 payments to her Visa card. Records show that she doctored eight monthly treasury reports between 2010 and 2011 to help hide the stolen cash.

According to Clarner, the school is struggling to stay afloat in light of the theft. The school only employees two teachers and can accommodate up to 18 children.

Embezzlement, which happens when someone steals money they are entrusted with, is a felony in New Hampshire. Anyone who is accused of embezzlement, or any other criminal activity, should contact a New Hampshire criminal lawyer for advice.

A former treasure for the Merrimack youth program pleaded guilty last week to stealing more than $16,000. Court records don’t indicate when the funds were stolen.

A former president of the Concord league admitted in February to stealing $4,300. Police in nearby Pembroke say they are investigating the theft of $1,000 from the football and cheer program.

“It’s a sad commentary that we can’t trust the people who we once though we could,” Senior Assistant Attorney General James Boffetti told the newspaper. He heads New Hampshire’s Consumer Protection and Antitrust Bureau.

People who are suspected of embezzling should contact a criminal attorney in New Hampshire before talking to authorities. The attorney can offer advice on how to handle a criminal case.

In many cases, organizations like small daycares and local youth sports leagues, are vulnerable to cases of embezzlement or fraud because they don’t have the proper checks and balances in place.

Some leagues or organizations do such things as require two or more signatures on checks or documents to help prevent fraud or theft. It’s a good way to protect the business, said Boffetti.

“No one should have free reign,” he told the newspaper.

For youth sports groups, volunteers often depend on having some degree of trust between parents and coaches to run the program. They should take proper precautions to avoid such situations.

As in many cases, Eric Crane of the Merrimack league, said the missing money was first noticed last year. Crane, who is also a Concord police officer, said authorities later learned that then-treasurer Michell Toupin withdrew $15,531 from the league’s bank account. Court records show she made 125 withdrawals over a six-month period.

The league has put in checks and balances in light of the theft.

Those accused of embezzling are now facing various charges in the court system. If you find yourself in a similar situation, you should contact a New Hampshire criminal lawyer for information on what to expect as your case moves though the court system.

Hawkins, like the volunteers from the youth leagues, will go before the judge soon.

According to records, Hawkins has an April 7 arraignment on theft and records charges.